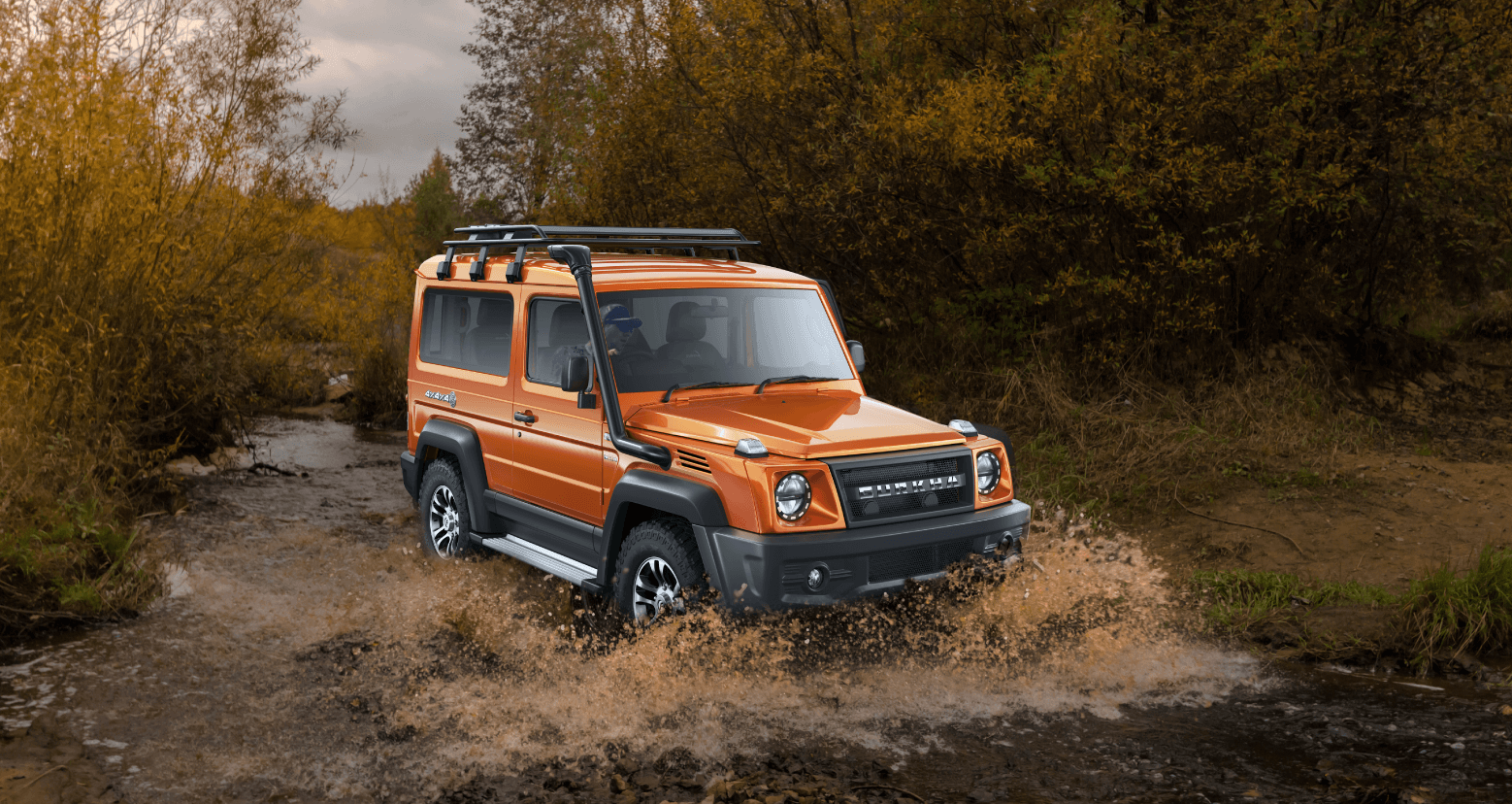 The Gurkha is an all terrain vehicle with a cult following in India. The vehicle has a legendary association with the army, an iconic name and a design modelled on the Mercedes G-Wagon. However the Gurkha fan base, over the years, was not growing as desired. To expand its tribe, Force designed a new Gurkha which is a significant step up from its predecessor both in terms of creature comforts and ride quality. DY partnered with Force Motors to design its new identity and experience and shape a new growth story for the Gurkha in India.

Built for adventure, the Gurkha is fierce in its natural habitat of the mountain, river, snow and desert. With its refined capabilities the Gurkha is the true enabler for adventure and we wanted to deeply own this space. The core essence of True Blooded Adventure became Gurkha’s promise. While it always appealed to the hard core off-roaders, machine geeks and the tough terrains of the Indian hinterland, the new Gurkha, additionally, would appeal to new segments of adventure enthusiasts. We crafted 11 new unique personas for the Gurkha that would help unlock growth and build a distinct narrative for the brand. 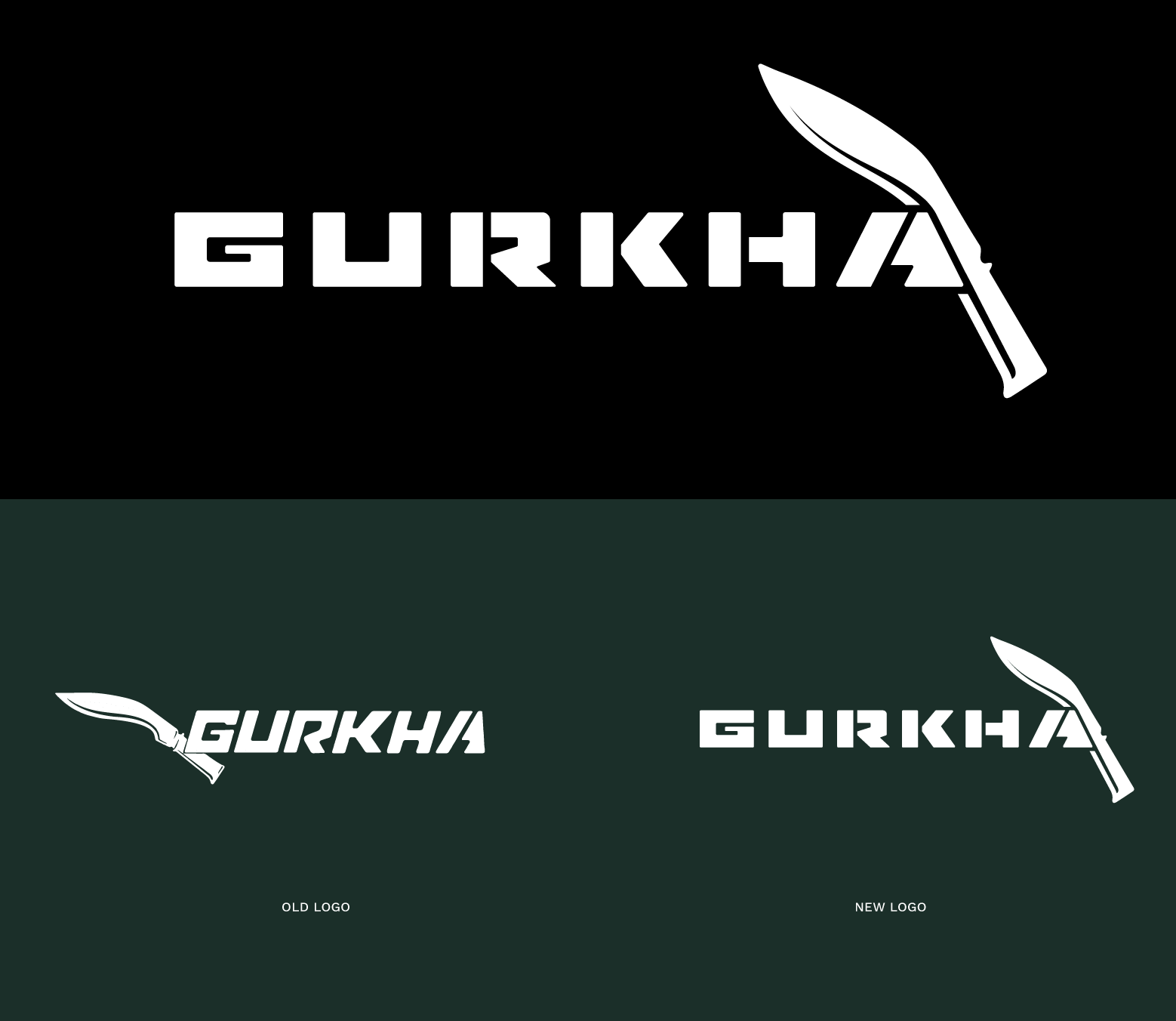 Our next phase was to make the vehicle proudly Gurkha. The Gurkha logo was enhanced with the Kukri placed on the right to naturally mimic the motion of the Kukri. The logotype was fine tuned to improve readability and a new 4x4x4 mnemonic was designed to express Gurkha’s unmatched capability across all four terrains. The Gurkha badge was brought to the front grill to proudly display its heritage and iconicity. The snorkel and gills that are strongly associated with the Gurkha was made central to the visual language. The forest green colour palette alludes to outdoors that the Gurkha owns. The new visual language makes the brand’s communication unmissable and distinctly ownable. 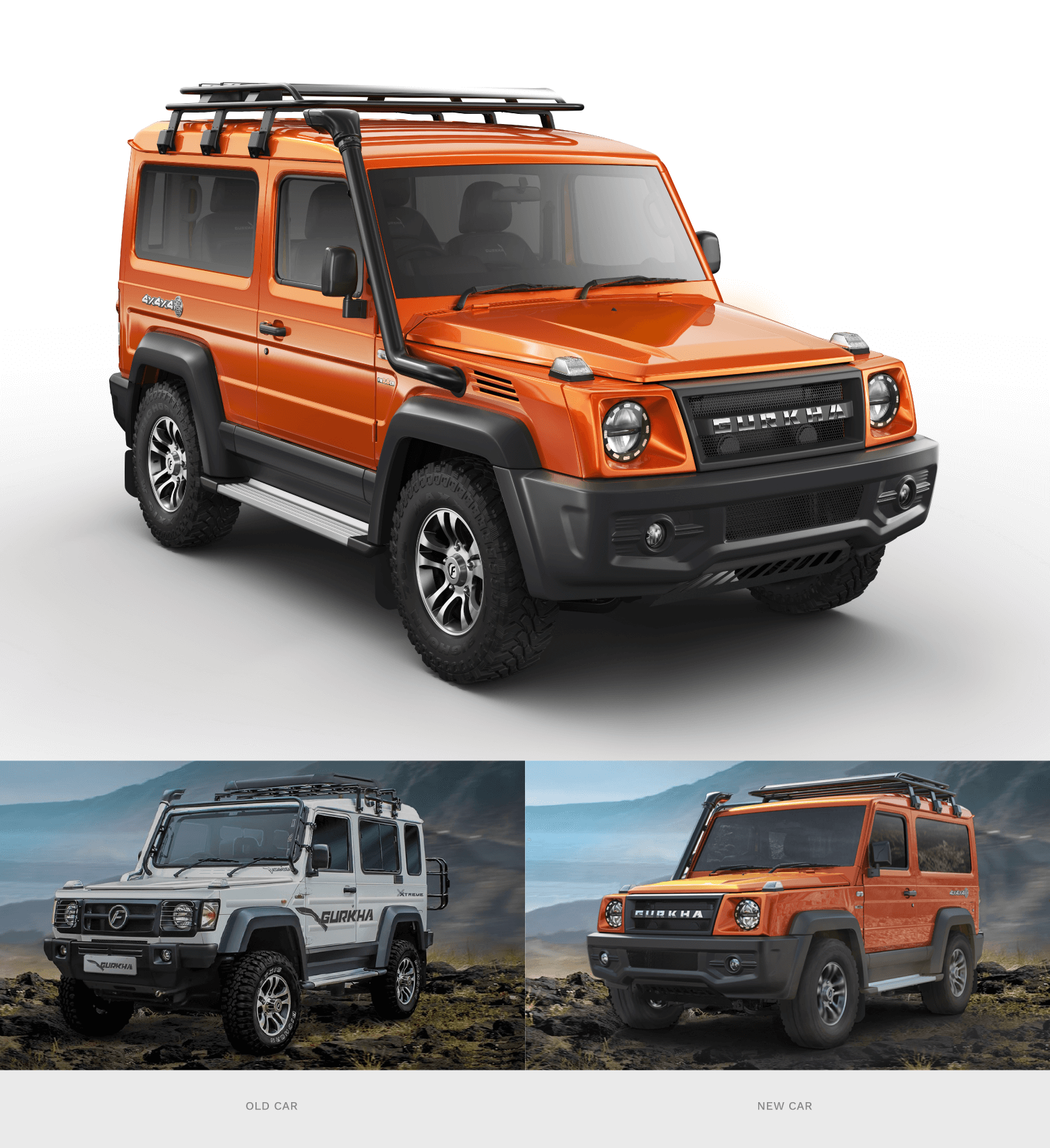 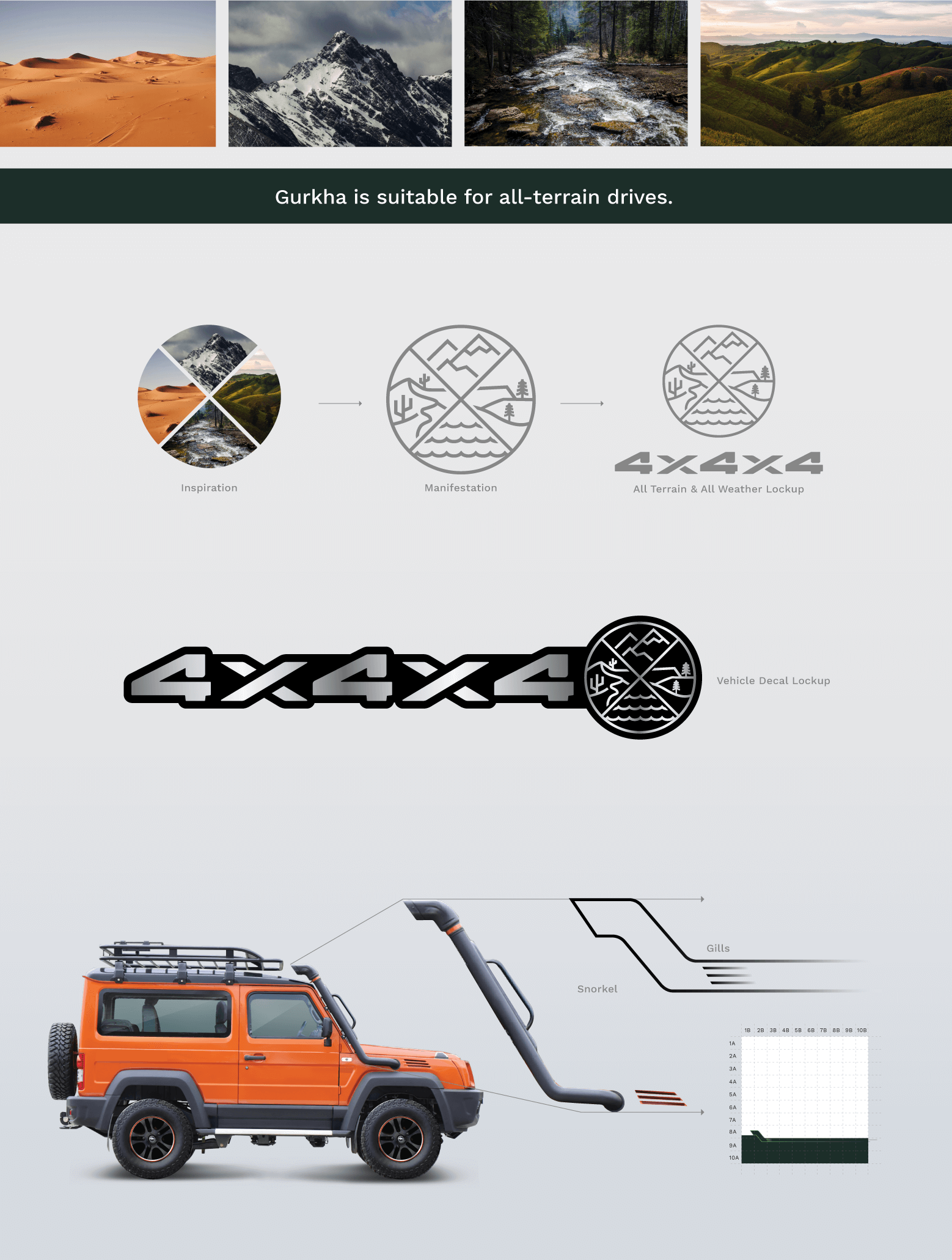 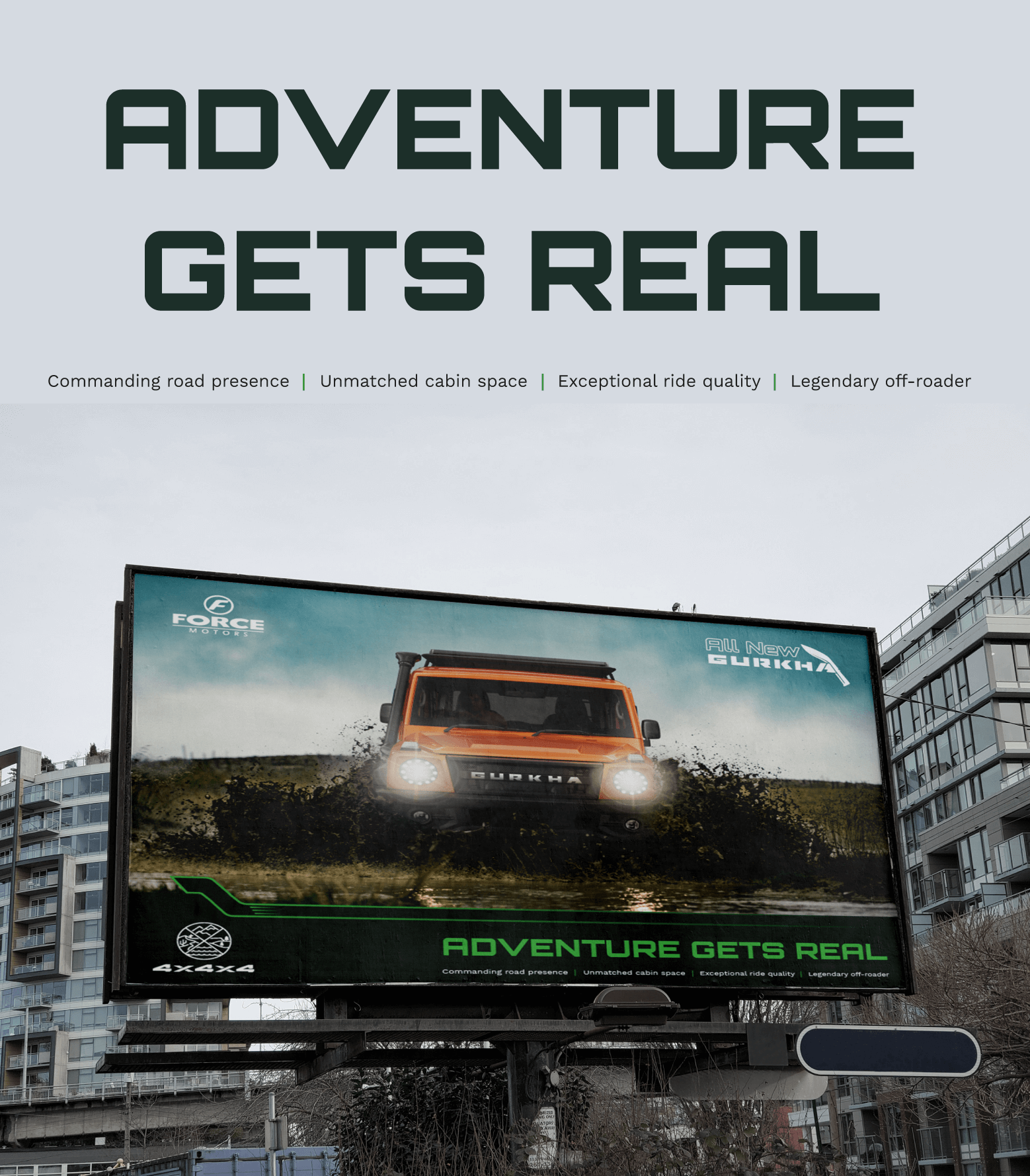 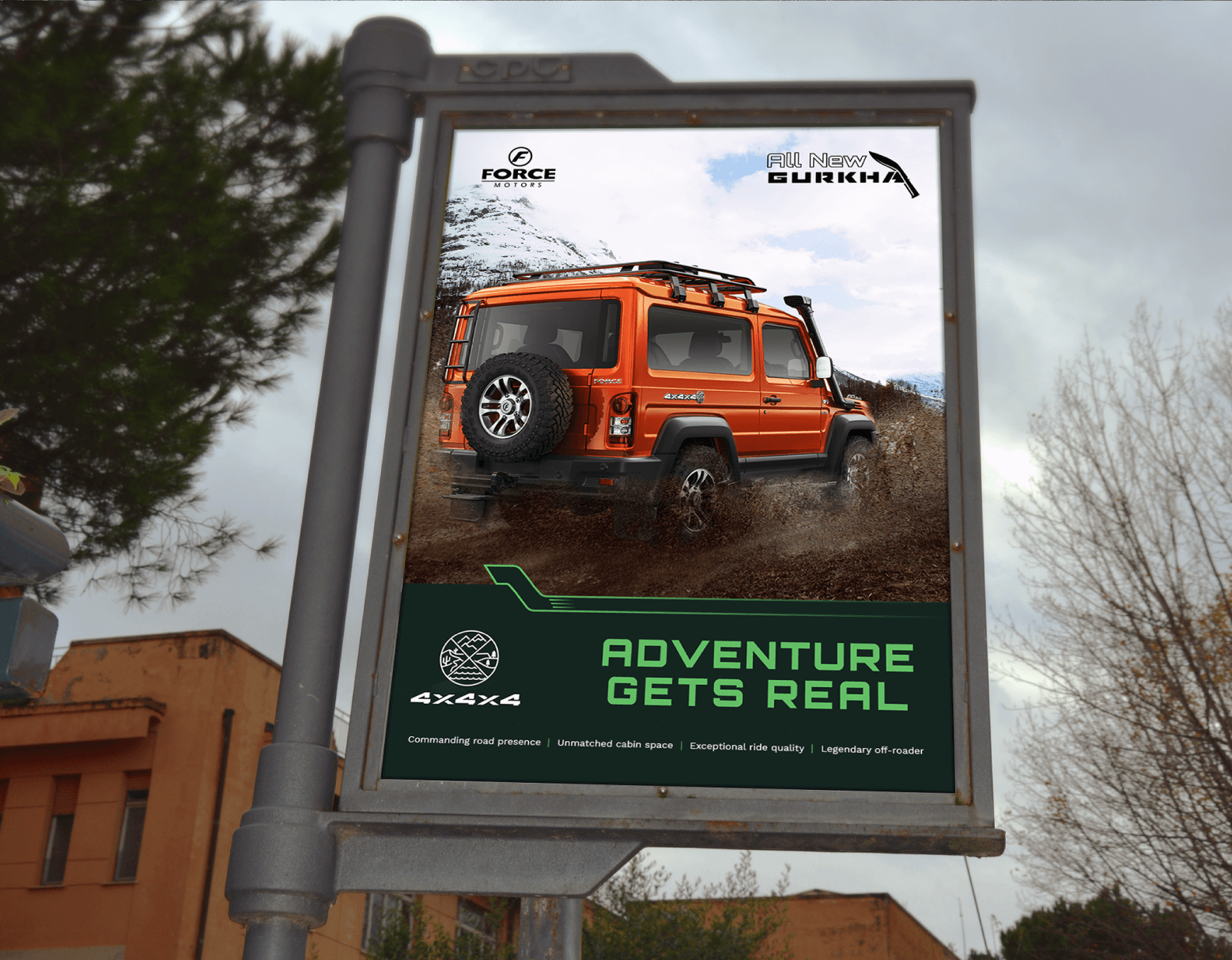 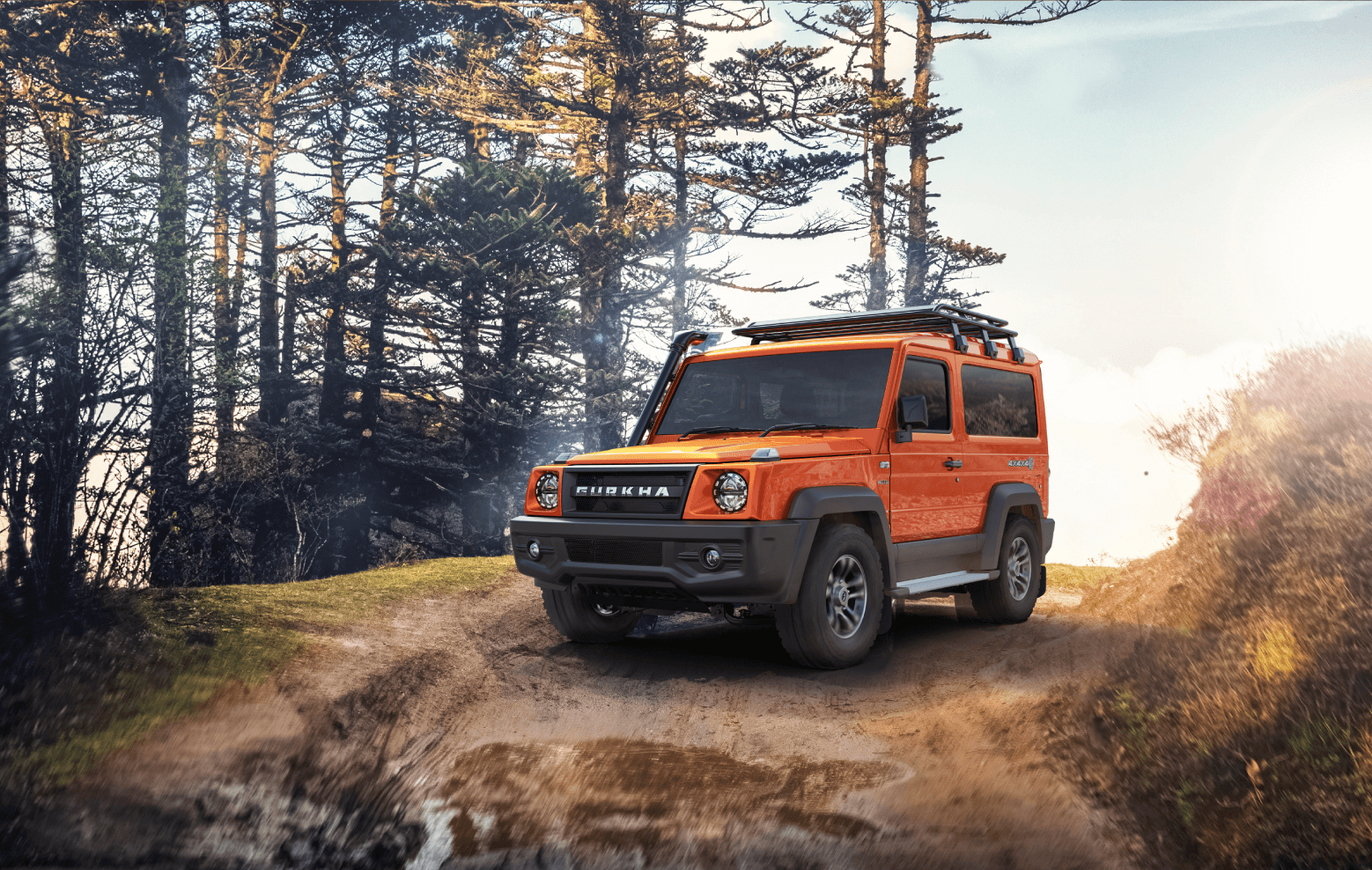 The new Gurkha is designed for purists. It’s built for real adventure, one that is tough, raw and primal. With its launch and positive reviews it’s only a matter of time that Gurkha’s tribe grows stronger and tougher. 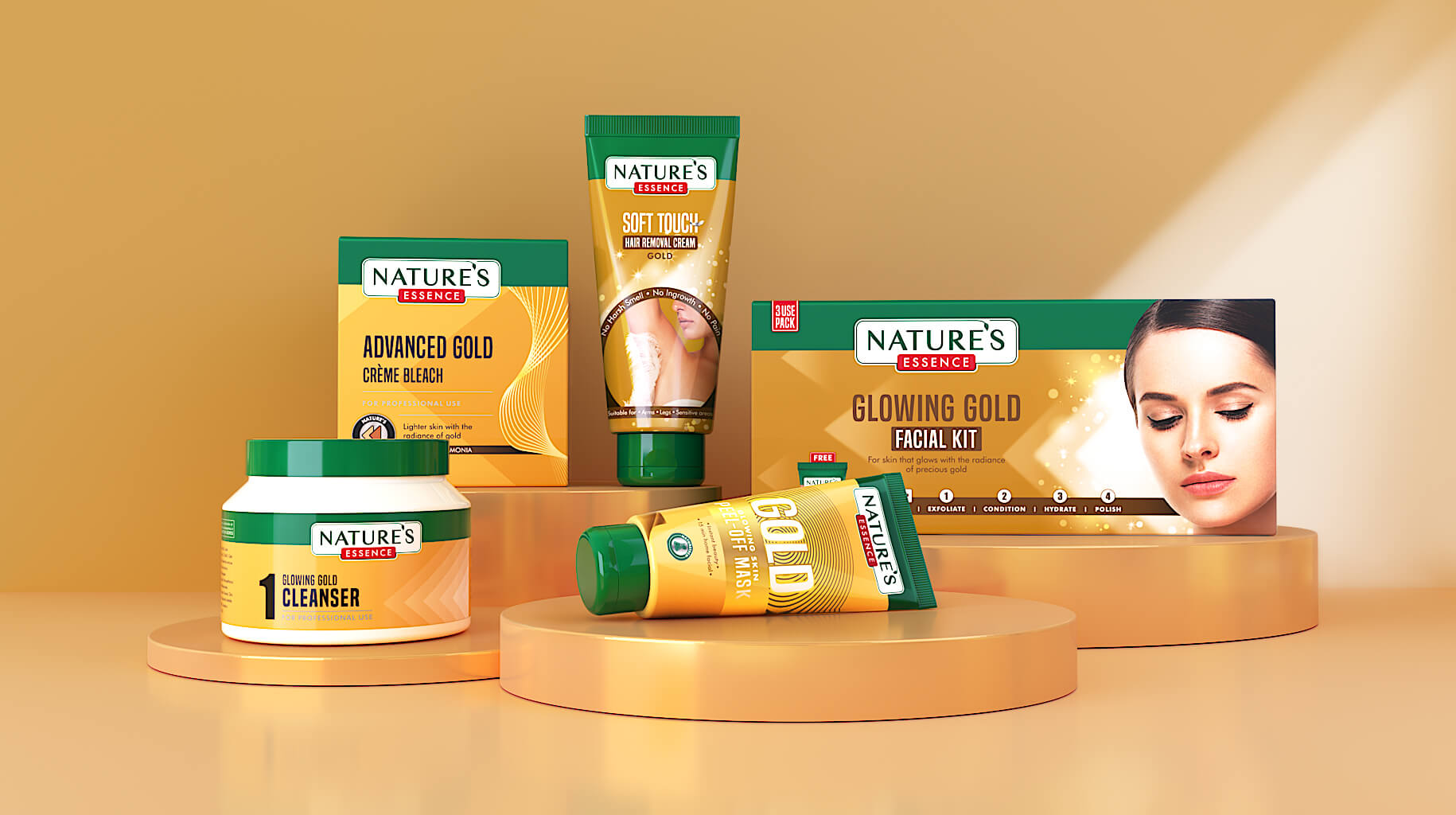 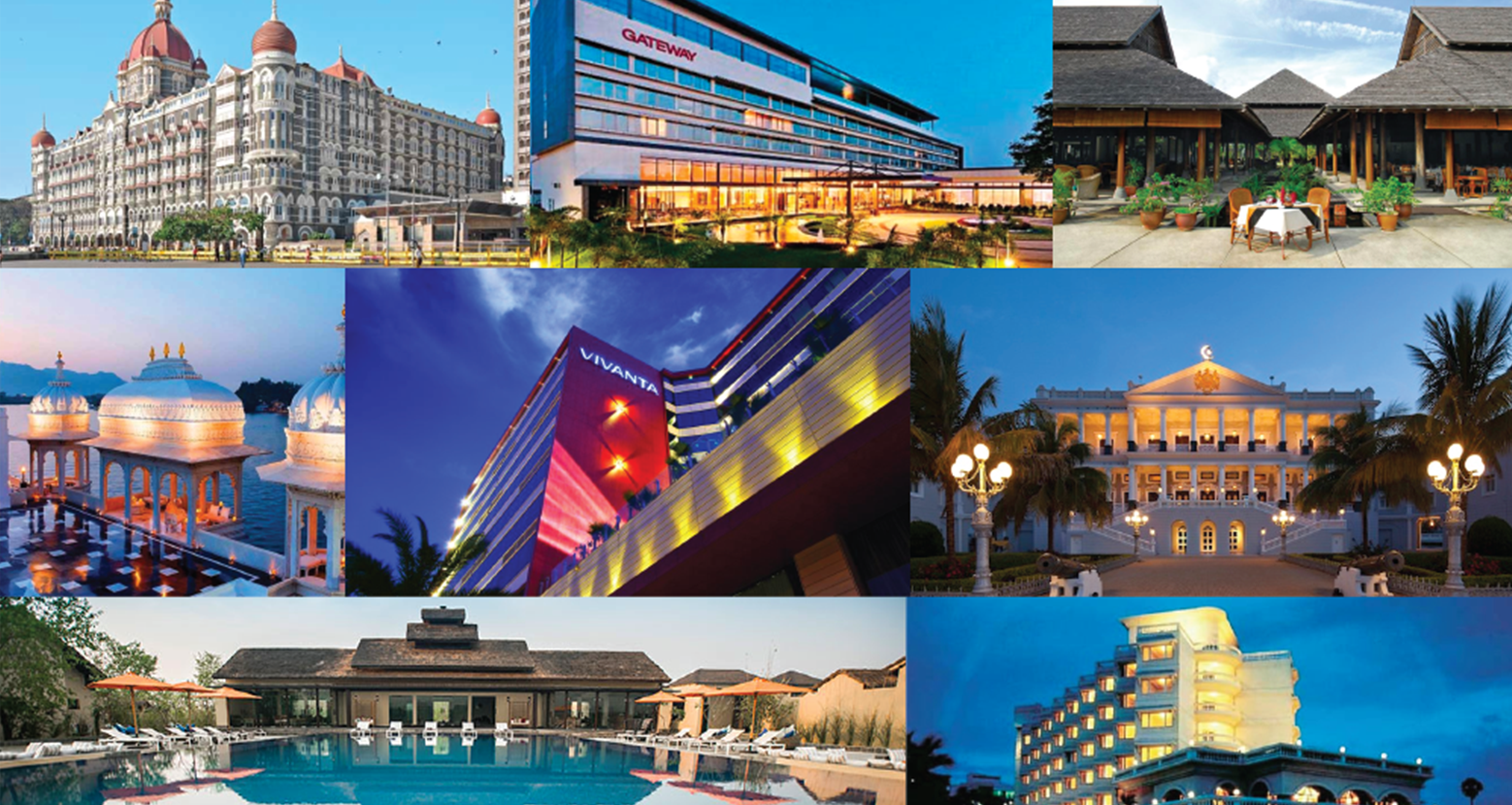 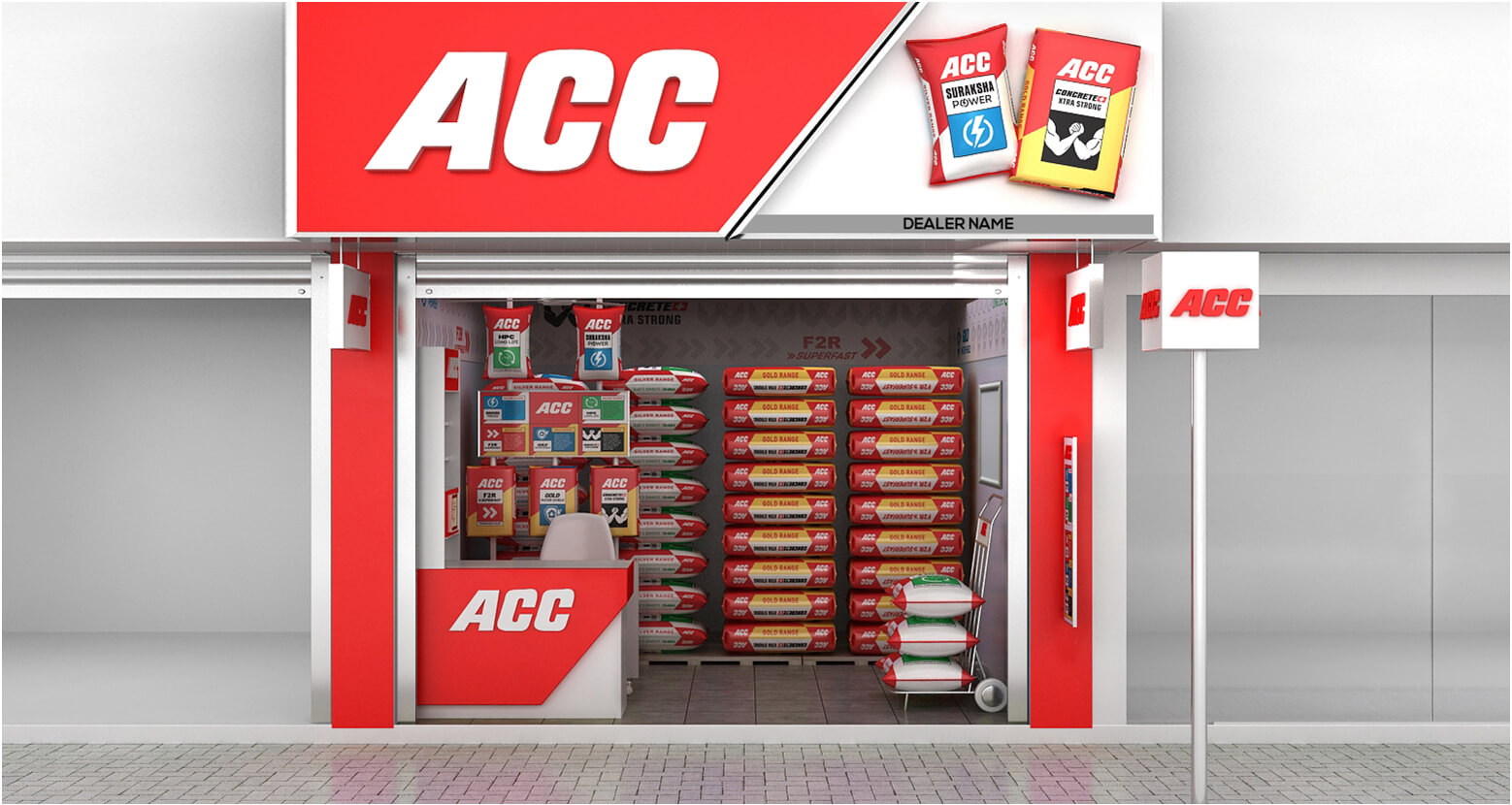 From bags to riches